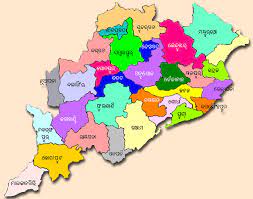 A Comprehensive Compendium of History, Culture, Lifestyle and Tourism of Odisha

The History of Odisha dates back to eternal past. The region of modern state of odisha in ancient period known by different names such as Kalinga, Utakala, Udra, Toshali, Kosala etc. In its saturation period its geographical extention spreads in South from Krishna river to Ganga river in North.

The history of Odisha dates back to eternal Past, its most famous old names being Kalinga, Utkal and Odra, when its boundary extended far beyond the present one.

140 million years ago (mya), the peninsular India, including Odisha, was a part of the Gondwana supercontinent. Due to this, some of the oldest rocks in the subcontinent, dating to Precambrian times, are found in Odisha. Some of the rocks, like the Mayurbhanj granite pluton, have been dated to 3.09 billion years ago (Ga). The coal-fields in Mahanadi and Ib river basins are known to be one of the richest sites for fossils in the subcontinent. This has led to the discovery of new species, like the charophytes from the Permian Period, which were found in the Talcher region and the Upper Permian megaspores from the Ib river area.

The human history in Odisha begins in the Lower Paleolithic era, as Acheulian tools dating to the period have been discovered in various places in the region. In the districts of Mayurbhanj, Keonjhar, Sundargarh and Sambalpur, Acheulian tools dating to Lower Paleolithic times have been discovered. The Gudahandi hills in Kalahandi district have rock carvings and paintings dating to Upper Paleolithic. From Kuchai, near Baripada, various Neolithic tools like hoes, chisels, pounders, mace heads, grinding stones and also pieces of pottery. Prehistoric paintings and inscriptions have also been found in Garjan Dongar in Sundergarh district, and Ushakothi in Sambalpur district and Vimkramkhol in Jharsuguda district. There has been an uncertainty about the inscriptions at Ushakothi and Vimkramkhol regarding whether they are in a proto-Brahmi script. Yogimath near Khariar has cave paintings from the Neolithic.

One thought on “Home”

Leave a Reply to b pradhab Cancel reply 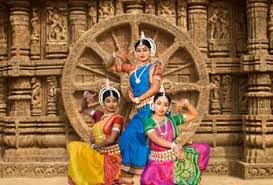